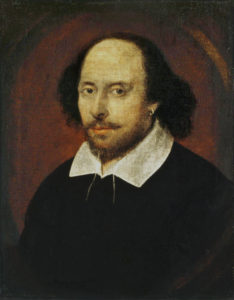 Something is rotten in the state of Denmark, class.

Hamlet is one of my favorites. It’s been pulled apart by experts for hundreds of years, and it can still be interpreted in new ways. But no matter what, it still remains a classic, untarnished by these interpretations. It stands the test of time, thanks to Shakespeare’s awesomeness.

On the surface, Hamlet is about a grieving prince trying to avenge his father’s murder at the hands of his uncle. This leads into a sweeping commentary on suicide, revenge, masculinity, insanity, parenthood, inaction, the afterlife, humanity, and ghosts, all at once. The discussions that spring from this story are limitless.

As much as I’d like to add to those discussions, I think it’s safer for me to stick to the story itself; I might otherwise begin writing a dissertation. That’s partly what makes Hamlet such a good work of literature—when one strips away the wide and varying interpretations, what’s left is a strong story. Shakespeare’s famous for a reason.

Shakespeare wrote Hamlet after his son died at a young age. Hamlet’s journey, having lost his father, is from grief to peace, reflecting Shakespeare’s own grieving process. Hamlet spends most of the play deep in madness, revenge plots, conspiracy, and suicidal thoughts—but in the end, even as he faces death, he seems to have found an inner peace.

This journey is catharsis—the release of overflowing emotions—and it’s one of the oldest reasons why literature is important (we can thank Aristotle for that). Hamlet, like many great works of literature, art, and music, is therapeutic. It portrays grief and the path to peace, and reading it or viewing it, just like Shakespeare’s act of writing it, is a catalyst for the grieving process. 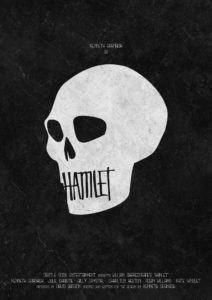 This is an important point for Shakespeare, because Hamlet is his longest play. The only movie version I know that’s portrayed the entire text is Kenneth Branagh’s Hamlet (1996), which clocks in at FOUR HOURS of screen time. Hamlet alone has more to say than any other Shakespearean character, with enough monologues to fill up the standard length of a play by himself. His journey through grief is long and painful.

The length of the play also reveals a foundational element for the character: the middle three acts of the play have Hamlet struggling to act on the wishes of his father’s ghost. He doubts himself, seeks evidence, kills the wrong man, pretends to be insane to throw people off, and monologues like there’s no tomorrow. I think this is about his grief as well; he loves his father more than he hates his uncle, and he resists the call to murdering his father’s killer because of the pain of his father’s death. The ghost wants his son’s anger, but Hamlet is more complicated than pure revenge will allow.

One passage that struck me reading it this time is in Act 1, Scene 2 (Hamlet’s introduction scene). Hamlet’s uncle calls his excessive grief “unmanly,” because he is still in mourning after the rest of the kingdom, even the king’s wife, has moved on. Hamlet has an air of femininity throughout the play, conventionally speaking, and this provides some context in regards to the questions about Shakespeare’s sexuality.

Hamlet is the hero, not in spite of his femininity but because of it. His “feminine” qualities make him who he is—a different kind of man, perfect for the scenarios provided in the play, and therefore our tragic hero. His “unmanly grief” isn’t weakness…it’s love. 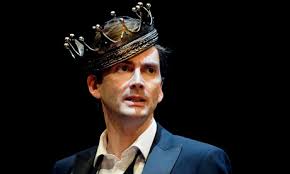 I’ve barely scratched the surface here, so I encourage you to try Hamlet on your own. In fact, try any of the movie versions first; watching Hamlet is far more enjoyable than reading it. I know of five solid adaptations, featuring actors like Sir Laurence Olivier, David Tennant, Sir Patrick Stewart, Glenn Close, Ethan Hawke, and even Mel Gibson.

If none of those versions suit you, just watch The Lion King. Simba is Hamlet, Mufasa is the King, Scar is Hamlet’s uncle, Nala is Ophelia (with a happier ending), Timon and Pumbaa are Rosencrantz and Guildenstern…the list goes on. 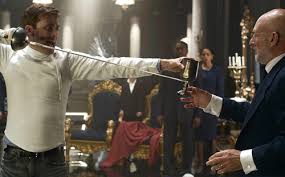 If you know Hamlet well enough and need even more existential crises, I recommend the play Rosencrantz and Guildenstern are Dead by Tom Stoppard. It’s philosophically funny and expands on Shakespeare’s ideas in the best way possible.

It would seem that Hamlet is just as important for the works it has inspired.

Don’t forget your homework! Reply in the comments: If you’ve read Hamlet before, what’s your favorite part? Why do you like it? Or not like it?

Take a moment to celebrate with me…I’ve been professor-blogging for two months now, and I feel like it’s going well! Grades look good, so you must be learning something.  Keep up the good work, students.

I’m reading my next book, but it will take a while. Next week, I’ll talk about a book I’ve chosen not to reread—the Bible. I know what you’re thinking… “even you, Professor, could stand to reread the Bible.” As it turns out, I have been reading my Bible everyday, and I’m a few chapters away from a years-long goal of reading it cover to cover.  In fact, I’ve studied the Bible since the earliest memories of my childhood, since before I could even read. I even currently work at a church. How do you like them apples?

In any case, next week is gonna be a scream.

50 Books to Read Before You DieAdaptationDeathFemininityGriefHamletHeroLoveMadnessMoviesWilliam Shakespeare