It’s hard to write about The Stranger because there’s so little of it. It’s not the shortest novel on the list of 50 Books to Read Before You Die, but it feels like it is—it’s like an extended short story, circling one major event in the center, building up to it and reacting to it. It’s the story of a man named Meursault, unworried and unambitious, who commits murder and goes to trial. There, he faces his own mortality and means to understand the meaninglessness of the universe. 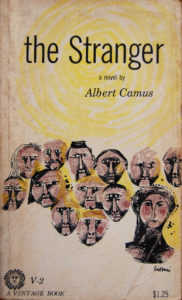 Meursault has a philosophy of life that answers every problem that approaches him: nothing matters. His mother dies in the opening line of the novel—and nothing matters. His employer doesn’t see him as ambitious enough and dares him to care more about his job—but nothing matters. He is arrested for murder that he feels isn’t his fault—still, nothing matters. It’s more of a philosophy than a story; but then the philosophy and the story collide, and things get interesting. What about love? Romantic love, family, friendship? Does that matter? What about religion, afterlife, the soul—do those things matter? Does one’s own life matter? Meursault faces those questions with his philosophy like a knight faces a dragon with a sword—the drama of such a mundane, detached story comes in when his lifestyle of detachment is threatened by things that require passion, care, commitment . . . and whether or not Meursault upholds his beliefs is what makes him a philosophical hero. 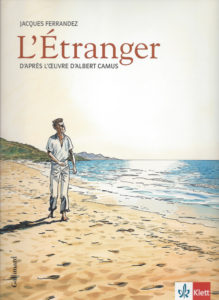 I have some personal bias here—like with other books on the 50-books list that handle belief systems, the philosophy of this story conflicts with mine and makes it difficult for me to connect with it. It’s hard enough anyway to connect with The Stranger—it disregards and abandons connection. The belief that nothing matters is found not only in what’s being said, but also in how it’s being said. It’s a story that feels emotionless, and it means to strip away not only the things we’re supposed to care about, but also the act of caring at all. Long story short, it’s difficult to appreciate this story while reading it.

But to discuss it (especially in a classroom setting) opens up some of the most important questions people can ever ask. What does it mean to live as if nothing matters? What are the stories—or, more appropriately, lies—that we tell each other to convince ourselves to care? And the things that we care about—justice, family, God, money, comfort, morality, health, beauty . . . what if those things are simply shadows on a cave wall?

I don’t have answers to those questions, and I don’t even have all the questions. But if you read The Stranger honestly and witness this one man’s struggle with his state in the vast universe, I can bet you’ll start asking those questions yourself. 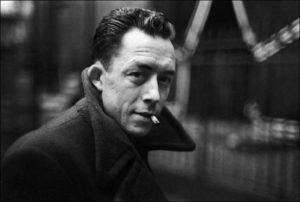 It’s hard to tell this kind of story, so credit is due to the author, Albert Camus. It’s not the most exciting book—like I said, it’s less story, more philosophy—but Camus knows how to frame philosophy in the heart of his story. I’ve also read The Plague by Camus, and it asks similar unanswerable questions of existence and mortality, and tells a story worth reading. If anything, Camus made the list for a good reason.

Next up is Heart of Darkness by Joseph Conrad—another one as morbid and thought-provoking as The Stranger, with a bit more story in it’s punch. More on that next time.