I think every self-respecting avid reader has a list of their favorite authors at the ready. Sometimes, when you’re wandering aimlessly through the used bookstore, knowing full well that you don’t have enough money to buy all the books you want, the only lifeline you can cling to is the recognition of a familiar author’s name.

So today, I thought I’d share with you my short list of favorite authors. I only had one rule when picking out each name—I have to have read more than one of their books. As much as I’d love to include Harper Lee because of To Kill a Mockingbird or Yann Martel because of Life of Pi, I only know that I like one of their books. The list below weeds out any potential one-hit wonders.

Click the links to see my blog posts on each book. The list is alphabetical to avoid bias, in case any of them stumble across this blog one day.

And without further ado, my list of favorite authors!

Books I’ve Read: Dubliners, A Portrait of the Artist as a Young Man, and Ulysses

I know I’m in the minority here. Most people find James Joyce’s stuff tedious, deliberately confusing, and needlessly weird (though Dubliners is a notable exception—it appeals to a wider audience, so if Joyce makes you uncomfortable, start with Dubliners). But for me, Joyce is a huge inspiration. His experimental style and meaningful stories have changed the way I read and write. I was lucky enough to have read his books in a helpful environment, which made it possible to understand his approach and intent while also encouraging me to discover things in his books for myself. If I see his name on the cover, I’m reading it, whatever it is.

Books I’ve Read: Carrie, The Shining, and On Writing

I don’t imagine Stephen King and James Joyce have much in common, but I love King for the same reason I love Joyce—he has inspired me and changed the way I read and write. Whenever I notice myself using an adverb, I think of King’s unadulterated hatred of adverbs. To him, they are a sign that the writer is afraid of being unclear . . . so they throw in the adverb to assert feelings on the reader, leaving little room for interpretation and chipping away at a story’s power.

But I didn’t just discover word choice with King—I discovered that story matters above all. Through both Carrie and The Shining, King crafted strange characters and supernatural worlds all in service of a good story. I’ve only read three books off of his loaded bookshelf, and I plan on reading more. Joyce may keep me in the clouds with his complexities, but King grounds me in a way that few authors ever have, and that’s been important to my journey as a writer.

Books I’ve Read: The Giver and Number the Stars

Lois Lowry is one of those young adult authors that prepare young readers for more mature reading. Both of the books I’ve read by her were assigned reading in middle school, and both of them left a bigger impact on me than most books from that time in my life. The Giver was an excellent piece of science fiction that prepared me for books on the 50-books list like 1984 and Brave New World; and Number the Stars portrayed the lives of children in the Holocaust, and left me empowered to be the kind of hero the protagonist chose to be.

These two books are serious dramas with emotional drive, and they are as meaningful for preteens and teenagers as they are for adults. Lowry’s stories aren’t watered-down—they are intelligent and moving. That can be hard to find in the ocean of literature for kids, and Lowry is one of those lifelines to cling to.

Books I’ve Read: Wicked, Son of a Witch, and A Lion Among Men

I’ve been won over by Gregory Maguire. The first book I read by him, Wicked (which is nothing like the Broadway musical), allowed me to make the big transition between young adult books and books for adults. Maguire took the realm of a children’s fantasy series and made something serious, dark, clever, and unfiltered. And it all started with a simple concept—an attempt to understand the strange and evil Wicked Witch of the West.

I’ve read some (not all) of the sequels to Wicked, each of which have been met with mixed reactions by the same people that loved the original. I haven’t had the same reactions—I was just as moved and awe-struck with these stories of Oz-based characters beyond the Wicked Witch, and I will continue to read books by Maguire because of that. I’m excited to finish the rest of the Wicked series and I’m excited to see how special his other fantasy-oriented stories turn out.

This one almost doesn’t count—Lemony Snicket is the figment of the author’s imagination, through which he tells several of his stories. But I’ve never read any books by the real Daniel Handler, only those by his fictional persona Lemony Snicket, and I absolutely love Snicket’s writing. I’ve read some of his shorter works in addition, but I know Lemony Snicket mostly through his most popular series, A Series of Unfortunate Events.

Both the Netflix adaptation and the movie adaptation have their good qualities, but the books surpass them through the uniqueness of Snicket’s writing—something that cannot be described, only experienced. Snicket’s constant insistence that the reader should read something else more pleasant, his capacity for descriptive tirades and misguided definitions of large vocabulary words, his distinct brand of somber empathy . . . all of these quirks converge to portray the unfortunate lives of the Baudelaire children. To top it all off, it’s for kids—I know of no other books that portray the unpleasantries of life for kids as well as these books do, and Lemony Snicket is one of my favorite writers for that reason alone.

And that’s my list! Feel free to share you’re list with me. In the meantime, I’m finishing up Don Quixote next, and I look forward to telling you what I learned! 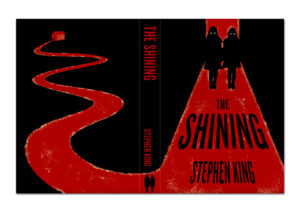 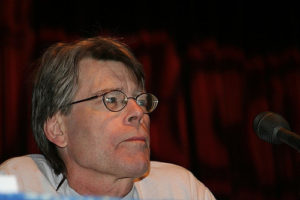