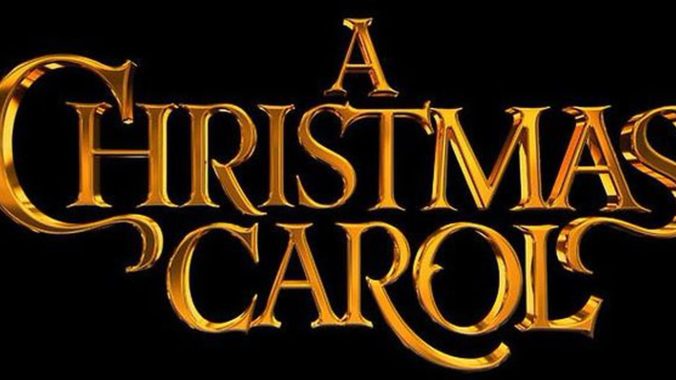 Celebrate with me—I’ve made it through four months, 10 books, and 50 posts! The finish line may not be exactly close, but I must profess (haha) that I’m having fun. I hope you are as well, students.

A Christmas Carol is one of those classics that everyone sort of knows. Charles Dickens’ novel helped define modern Christmas traditions in Western cultures, and the story and characters are instantly recognizable—especially Ebenezer Scrooge, the 19th Century Grinch who loves money and hates people. 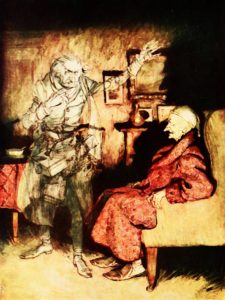 The fantasy elements—Ghosts of Christmas Past, Present, and Future, as well as Marley’s Ghost—are grounded by religious themes and societal struggles. Dickens isn’t afraid to get dark—he portrays hunger, poverty, disability, grief, and greed in the Christmas season. A Christmas Carol doesn’t let the joy of Christmas diminish the needs of society, but uses Christmas to represent joy with societal needs in mind…all while redeeming the grumpy old Scrooge.

Scrooge isn’t as much of a “scrooge” as society makes him—he isn’t a stereotype. For one thing, it’s clear from the beginning why he dislikes Christmas: his friend and business partner Marley died at Christmas-time several years ago. He used to enjoy Christmas, but by the beginning of the story, Christmas is nothing but hardship for him, and he has no patience for generosity.

Generosity just happens to be his problem—he plays by the rules of money and capitalism, and giving away money goes against the rules. If everyone fended for themselves, it would be a better world for him. In fact, he could have lived out his days that way, storing up his treasures on earth, had it not been for Marley’s Ghost. 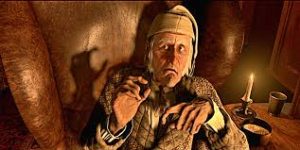 The intrusive spirit does Scrooge a favor and shows him the true meanings of Christmas—love, family, friendship, giving, joy. Scrooge is shown what Christmas used to be, what Christmas could be if he doesn’t change, and what Christmas is to the people he claims to hate. Scrooge learns the lesson and is reborn, and (spoiler alert) finds a happy ending.

A Christmas Carol is a transparently humble story—it doesn’t claim to be anything more than what it is. It’s as short as it is humble, and it’s separated into staves (musical sections) rather than chapters, making it more “carol” than “novel.” Dickens’ writing style is particularly unique—long sentences that build up to important points, bleak form and bleak content, etc.—but it rarely sounds dull or dated. Reading the novel feels simultaneously familiar and fresh; it bursts at the seams with originality, but always resembles the ghost of a song we already know.

If you have time this holiday season, I recommend reading it. It’s a quick read and a timeless classic. In our time, when Christmas seems too rushed or commercialized, having fallen prey to money and capitalism, A Christmas Carol is a good way to remind us what this sacred time is really for.

I’ve already started my next read, Life of Pi by Yann Martel, which is one of my favorites. Unlike A Christmas Carol, which lightly reminds readers of religious themes and topics, Life of Pi hits religious topics with full force. Post #51, here we come!

Until then, enjoy your holidays,