A Bend in the River 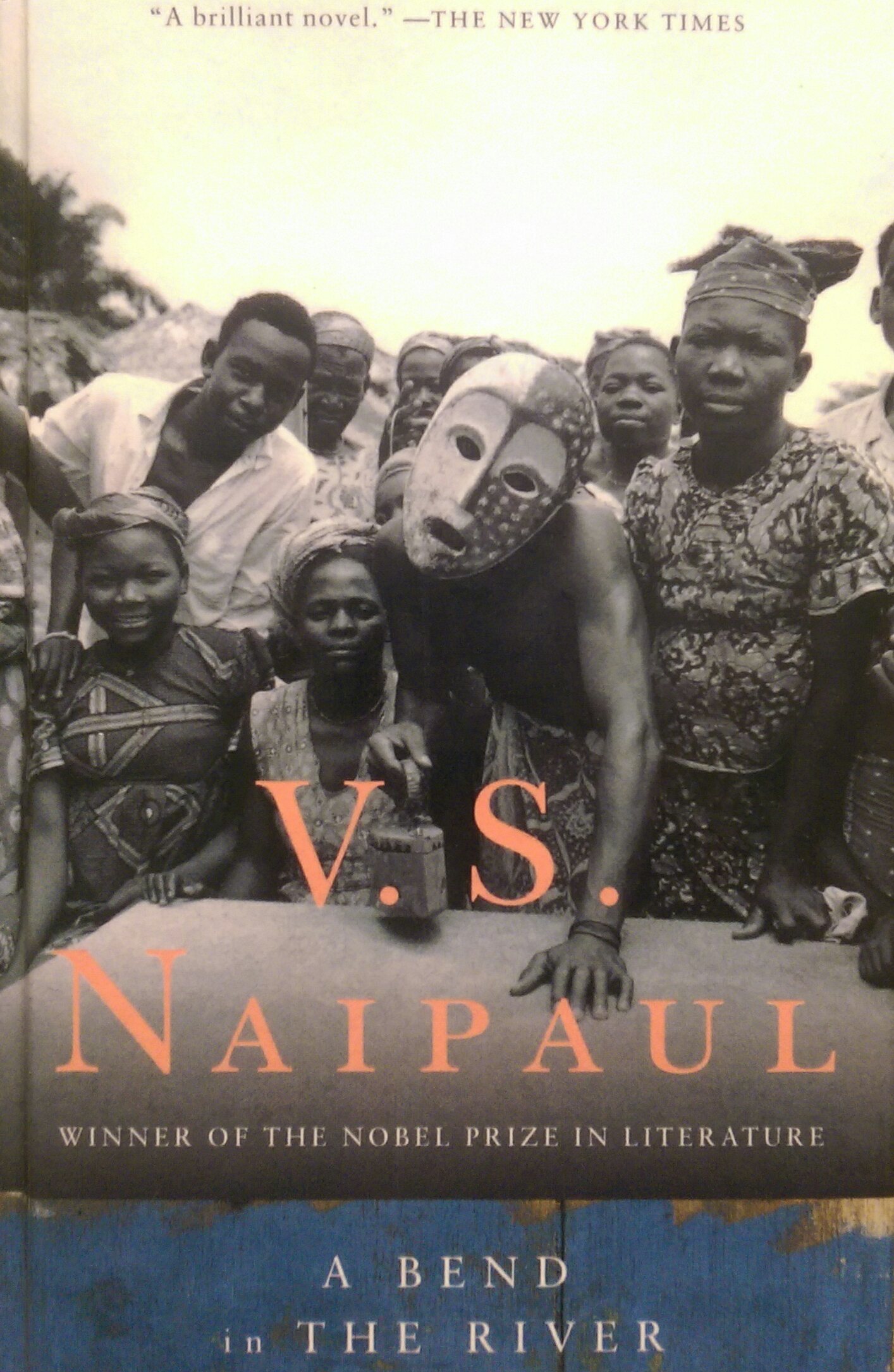 Another book finished! Welcome back, class.

V. S. Naipaul’s A Bend in the River is a difficult novel. Stephen King once wrote that a person can write about anything, as long as they tell the truth (from his book On Writing). I could go out on a limb and say that every author on the 50-books list has done this—they’ve told their own truths. With A Bend in the River, Naipaul has told his ugly truths, and they were difficult to read—truths about racism, lost souls in postcolonial Africa, disregarded marriages, violence, and the decay of humanity.

The main character, Salim, is a shopkeeper in a small town on a central African river. He witnesses the chaos of an unnamed country around him: a rebellion against the old order, the establishment of a new order and a new leader, and its subsequent corruption and collapse. Meanwhile, Salim rotates through relationships with a series of characters, including an old family servant (whose loyalty decays like the country around them), a woman with whom he begins an abusive affair, and the son of one of his customers who rises through the country’s political ranks.

The characters all seem to be parts of a moving (or, rather, dying) machine. Sometimes, when a story does this well, the story and characters are given more meaning (I can’t say it enough—Ulysses is my favorite example of this). But A Bend in the River is more about meaninglessness . . . about being trapped in a dying system, unable to fix it and unable to escape. This is a place where hope becomes bitterness, narrated by a cynical man.

Salim’s cynical tone is the story’s greatest weakness. If it isn’t clear already, I didn’t enjoy reading the novel, and it’s mostly because of the philosophies and opinions of an unlikable narrator. Salim looks down on any dark-skinned people and acts violently towards the married woman he sleeps with. He seems to view this African country as better off under rule from Europe, as opposed to being allowed to exist on its own. He sounds always above everyone in his life.

At this point, I would usually claim that the narrator is unreliable, and that the author uses the narrator as an extra form of commentary. Even if that’s true, the artistic element is too subtle to be of any benefit. It’s hard to forgive any of these qualities because there’s no catch, no twist . . . Naipaul does nothing to show that he doesn’t mirror the negative qualities of his character, which makes me question any of the truths Naipaul claims to support.

And yet, for all that disgusts me, the tone is also the novel’s greatest strength. With Naipaul’s cynicism comes careful, brilliant writing. The content may be bleak, but the way it’s portrayed is mesmerizing, and it never shows any narrative cracks. If you need a reason to read it, it’s because A Bend in the River is one of those rare pieces of excellent writing—each word fits like a puzzle piece to a grand and beautiful image.

In the same way, I could compare it to Graham Greene’s The Quiet American (which I’ve written about here), and lots of critics have compared it to Joseph Conrad’s Heart of Darkness (blog post pending). If only the story didn’t feel so rotten at the core, I could see A Bend in the River being one of my favorite novels ever written.

Next, I’m reading The War of the Worlds by H. G. Wells. I’m happy to put A Bend in the River behind me.

I’ve noticed that I have a tolerance for novels I don’t like (at least well-written novels I don’t like). I think that means that for any book, the plot can involve anything and the characters can do anything, and as long as the author knows what makes a story worth telling, I can read it. Some people can’t do the same—an unlikable character or a goofy plot makes them put a book down in a heartbeat.

Some books help you figure out what kind of reader you actually are. They’re worth something for that, even if you don’t enjoy the experience.

On that note, I’ll see you next week.

50 Books to Read Before You DieA Bend in the RiverAbuseAfricaCynicismDecayHumanityMeaninglessnessRaceSalimV. S. Naipaul