The Picture of Dorian Gray

Per our discussion last week, I am unashamed to admit that I read most of The Picture of Dorian Gray aloud to myself in a terrible British accent.  When I got to the really dramatic parts, I slowed it down and pretended I was in a movie.  I encourage this sort of behavior in your free time. 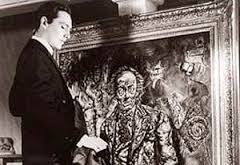 Anyway, let’s jump right in—I’m surprised at how coincidentally similar Dorian Gray’s portrait is to Sauron’s ring and Lord Voldemort’s Horcruxes.  For anyone who is unfamiliar with Dorian Gray’s story, it details the life of a man whose soul is linked to a portrait of himself, manifested in two ways: he remains young while the portrait ages, and his sins damage the portrait while his soul remains undamaged.

Unlike The Lord of the Rings and The Harry Potter series, though, this is no adventure story—it’s more like a Victorian Gothic morality tale, criticizing morality.  Instead of “action,” the story relies more on dialogue and Dorian’s inner thoughts.  More than any of the books I’ve read so far for this class, it is unadulterated art, which makes it challenging and refreshing.

A Statue of Oscar Wilde in Dublin, Ireland

For a little backstory: author Oscar Wilde is actually better known for his plays. The Picture of Dorian Gray is his only novel, but it has moments that seem like a play—dialogue is uninterrupted by descriptions, chapters take place only one scene at a time, and the story splits evenly into two separate “acts” (Dorian as a young man and Dorian in his late 30s).  Wilde probably wrote it as a novel because he wanted to capture Dorian’s thoughts, which analyze the soul, art, God, evil, England, love, sin, and fashion…all at once.

Wilde included a preface as a way of defending his work, where he explains that art and morality are separate and criticizes nineteenth century treatment of art. I’m betting Wilde added this preface because people didn’t catch the messages in the novel itself.  No need to worry—Prof. Jeffrey caught on!  In every piece of dialogue between the three main characters, they discuss the battle between art and morality, and what that means for society.  These moments distance themselves from the story, and though they tend to come off as preachy, they’re always interesting.  These moments help the reader seriously consider Dorian Gray’s immortality and his addiction to sin.

Dorian Gray is something of a cross between a vampire and Peter Pan—stuck in the prime of his life but disconnected from his soul.  He is a lot like Shakespeare’s Hamlet—a youthful figure trapped between a tormented soul, a tragic fate, and lengthy dialogue—which further cements his status as an amazing literary character.  If you’re looking for a reason to read Dorian Gray, he’s it: his inner thoughts show us his temptation to commit evil acts and his obsession with his portrait, and the spectacle of his life is beautiful and tragic.  He disgusts, moves, and terrifies us because he is simultaneously the worst and best versions of ourselves.  Feel free to listen in on the art-and-morality lectures as you read, but you should stick around to experience the cataclysmic life of Dorian Gray.

I’m moving on to George Orwell’s 1984 next.  I’ve been remarkably stuck in the fantasy genre, and a little dystopian drama might shake things up a bit around here.  That being said, fantasy is probably my favorite genre to read in, and I’d like to hear what novels you’ve read.

Your homework: leave a comment describing your favorite fantasy novel.  Tell me what it’s like—I don’t want the summary I can find just about anywhere, because I’d much rather have your personal impression of it.  Why did you like it so much?  And the question of the hour—you know what this class is about—WHY should I read it?

I look forward to your comments.  See you next week!