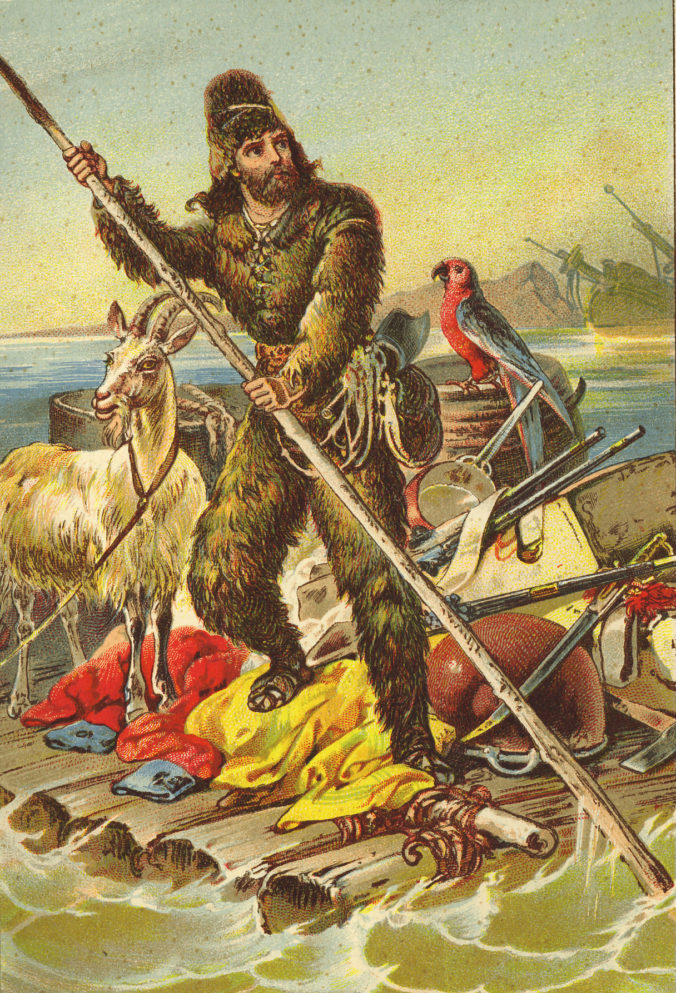 An open-ended question for you: have you ever read a book that tells a story rather than shows it? Maybe it feels like it’s missing something? It lists plot and characters like a neatly organized budget, and maybe it uses beautiful language and is organized perfectly, but you finish it having expected something more than the author telling you exactly what happened? 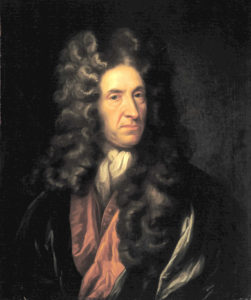 If you have, there’s a chance you might have preferred that—a book that gives you exactly what you ordered, and nothing more. You don’t want to be thrown off guard by emotions you weren’t prepared for. You want to be entertained, plain and simple. And yet, if you’re anything like me, you know full well that these are the books you forget you ever read.

Robinson Crusoe isn’t that bad. It’s not forgettable, at least. It’s a cast-away story, about a man stranded and forced to survive. Crusoe spends almost three decades on this island, and with all the appropriate twists and turns necessary for an exciting plot, Daniel Defoe captured a good story.

But it tells the story, rather than shows it, and I couldn’t enjoy it for that. Everything is there—themes, emotions, motifs, mystery, an adventurous ending, a really strong character and a timeless plot. But there’s this fundamental thing missing . . . a personality from the narrator. From such a well-known and acclaimed story, I expected at least that.

When it comes to novels like this, I like to think the reason it’s so praised is for what it has inspired. I’ve already noticed two very clear Robinson Crusoe references in other well-known novels, both on the 50-books list. My next novel, A Bend in the River by V. S. Naipaul (which I’ve already started), studies the “savagery” of the African continent in the same way that Crusoe assumes the same savagery of other races. James Joyce’s Ulysses, which boils down the twenty-year journey of The Odyssey into a day, subtly does the same thing with Robinson Crusoe’s thirty-year journey (and, not accidentally, gives Robinson Crusoe what it’s missing). 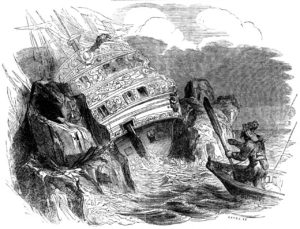 Then there is the problem of racial treatment. Defoe’s use (or overuse) of the word “savage” strikes many hurtful racial chords. The relationship he ends up building with one of these men encourages the all the negativity of colonialism and racial superiority in a positive light, and it is so difficult to read simply for that. It’s only forgivable in terms of historical context, and even then—considering the continuation of racial struggles today—forgiveness is not the feeling I jump to first.

So why read it, then? It’s simple: it’s one of the world’s oldest English novels. We can trace more than half of modern literature back to Robinson Crusoe. It’s not the best reason to pick up a new story, but it’s good enough for any avid reader.

Of course, I have a personal bias against it. I’m probably not alone. It’s likely I and others missed the point—my investment was stained by my own issues with it. Yours might not be.

The racial concerns will continue in A Bend in the River, for better or for worse. I’ll get back to you as I read. Though novels like these bring up political questions towards art. It’s easy to praise a novel despite its racism when, racially, it doesn’t affect you; on the other hand, it’s easy to be unforgiving when historical prejudice gets in the way of a good book. If only life was simple.

On that sort-of-sour note, I’ll see you in class next week.