“History did not demand Yossarian’s premature demise, justice could be satisfied without it, progress did not hinge upon it, victory did not depend on it. That men would die was a matter of necessity; which men would die, though, was a matter of circumstance, and Yossarian was willing to be the victim of anything but circumstance. But that was war.”

“There was only one catch and that was Catch-22, which specified that a concern for one’s own safety in the face of dangers that were real and immediate was the process of a rational mind. Orr was crazy and could be grounded. All he had to do was ask; and as soon as he did, he would no longer be crazy and would have to fly more missions. Orr would be crazy to fly more missions and sane if he didn’t, but if he was sane he had to fly them. If he flew them he was crazy and didn’t have to; but if he didn’t want to he was sane and had to. Yossarian was moved very deeply by the absolute simplicity of this clause of Catch-22 and let out a respectful whistle.

‘It’s the best there is,’ Doc Daneeka agreed.”

” . . . outside the hospital the war was still going on. Men went mad and were rewarded with medals. All over the world, boys on every side of the bomb line were laying down their lives for what they had been told was their country, and no one seemed to mind, least of all the boys who were laying down their young lives. There was no end in sight.” 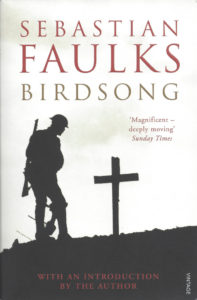 World War I and World War II are often lumped together as a collective global stain of history. They are so linked that WWII is usually seen as an extension of WWI, and it’s hard to talk about one without the other. It’s easy to forget that at the time, WWI was its own devastating conflict, worse than anything that had come before it and unimaginably tragic on its own.

That seems to be the driving motive behind author Sebastian Faulks’ novel Birdsong. In lumping together both World Wars, the identity of the first Great War gets lost in the past—Birdsong is about bringing that past to the forefront, lending focus to the social and cultural atmosphere at the time of WWI. The story is in its own way about uncovering history, using it to guide our present and plan our future while appreciating it for what it is, regardless of what happens next.

Poster for the stage adaptation of Birdsong (2010)

Faulks wouldn’t be able to accomplish this without a supportive story, and good characters to populate it. It’s safe to say that Stephen Wraysford is Birdsong‘s main character—he is a man with a complicated upbringing coupled with a melodramatic love affair in his early 20s, who is thrust into the Great War. His relationships with other men in the war help to humanize the conflict, though with all the violence he sees, he is always questioning humanity and its destiny. He seems fairly determined to hide his past, though he isn’t ashamed of it, and his love affair plays an important role in his future.

Fast-forward to the 1970s, where we meet a woman who is presumably his granddaughter—Elizabeth Benson, who shares some of the responsibility as main character. This 38-year old woman, having an affair of her own, is contemplating her place in life and decides to unearth her ancestral history. The novel jumps back and forth between Stephen’s perspective and Elizabeth’s, merging both points of view to appropriately assess the events of the war. 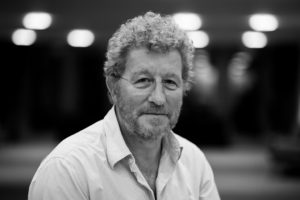 Birdsong is historical fiction—not a dramatization of real events. A based-on-a-true-story approach might have worked just as well for the sake of realism, but Faulks isn’t interested in detailing who did what where. He created fictional characters to fill them with the spirit of the people involved. Birdsong is a human drama, not a war epic or a nonfiction account—those things would be about the war itself, which is just another conflict in our history. Birdsong instead tells a story about individuals, who bear the weight of a larger catastrophe and question their place in it all.

If it were boiled down to one thing, Birdsong is a story about the best and worst of human nature. Stephen constantly asks himself how far the people in this war are willing to go, and nothing he sees lets him rest easy. But humanity has its moments of redemption in the way individuals treat each other: the way soldiers treat fellow soldiers, the way Stephen treats those he loves, and the way Elizabeth is able to find love amidst the war of her past. Humanity can be a cannibalistic hunger, a vain and selfish ambition that threatens its own existence, but it can also be warm and compassionate, full of love and hope. Birdsong makes the list for portraying humanity at its ugliest and at its most beautiful.

I liked reading Birdsong a lot, which has maybe contributed to my distaste for the next book on the list—a novel by Martin Amis called Money: A Suicide Note. I know why it made the list, but all the same I haven’t enjoyed it at all . . . but I’m getting ahead of myself. More on that next time.

The Diary of Anne Frank 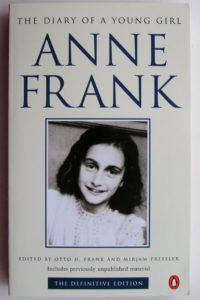 This isn’t a review or a critique of Anne Frank’s Diary—that’s not something I would consider appropriate for a book like this. The private journal entries of a teenager are a certain kind of sacred. There are parts about her Diary I don’t like, but they are a part of Anne Frank’s tragically cut-short life and deserve to be cherished.

There is very little of the major story within the Diary, because that story happens mostly before and after Anne Frank’s writings—the text itself fills in the details of a story that’s already in place. I’m not taking any chances here—since we live in a world of Neo-Nazis, Holocaust deniers, and “fake news,” I’m going to recap the moments in history that The Diary of Anne Frank is a concrete part of.

Anne’s story is about a Jewish family that goes into hiding because of the Nazi regime, a radical political party, spreading from Germany. The Nazis declared that Jewish people were responsible for German failures in WWI and were an inferior race, leading to the hunt for and capture of Jewish people. What started as a political movement became the systematic racial genocide known today as the Holocaust. 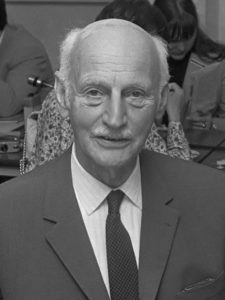 The Frank family hid in a small set of rooms behind a bookcase in a warehouse, along with four other individuals. They hid there successfully for two years, but before the end of WWII, the Franks were captured and sent to concentration camps. All but Anne’s father Otto died in these camps, and after regaining his freedom, he found the contents of his daughter’s diary. He decided to have the contents published.

The book serves as a reminder of the tragedy of the Holocaust and the very human lives lost to history, despite the inhumanity with which those lives were portrayed by the Nazi party.

Which brings us to the Diary. Anne gets the blank diary as a birthday present in 1942, and she begins writing her everyday thoughts and feelings. Not long after, the family goes into hiding—most of her writings are various forms of cabin fever from the perspective of a teenager, which is equal parts boring, frightening, and inspiring. Anne is an amazing writer and an insightful (though never unbiased) person. She seems to always write with a purpose and represents childhood and youth in her own way. Even when the entry is dull, the writing is not.

I review her writing (like I said I wouldn’t earlier) because it was purposefully well-written. She writes about being a writer and about a future in journalism, and the Diary has stood the test of time partly because she wrote so well. This diary was her chance to practice her craft, and her craft is worth reviewing. She writes about her feuds with those hiding with her, her desires for romance, her thoughts on humanity, her daily routine, and her fears and doubts. Reading her diary is watching her transform over the course of two years in hiding. 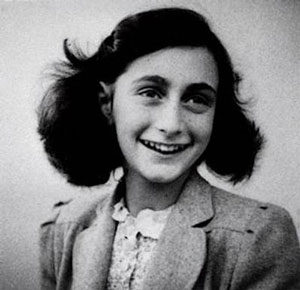 And then the Diary ends, unceremoniously. The inhabitants of the “Secret Annexe” (as it’s known in English) were captured in 1944, and the writings of a young girl were ignored and left behind. The nature of the book’s ending forces a return to the historical facts of the end of Anne’s life. You’re reading it knowing that eventually, she will die—and then the book ends as incompletely as her life. The ending reshapes the Diary back into a historical artifact, along with the reports of her life in the concentration camp and the details known of her death.

The Diary itself doesn’t tell the story of Anne’s life as much as it reflects the vignettes that make up her experience—that of a teenager in hiding (which is special enough). But the statistics of her life and death, while telling a story, are heartless. Anne’s humanity is more alive in her own writing, which gives a voice to the millions of victims of the Holocaust that could only tell stories with the statistics of their lives and deaths. The picture on the cover of The Diary of Anne Frank becomes the face of this period in history.

And as important as that is, it tends to limit all that the Diary can be. The reason to pick up the Diary and start reading is because it represents one of the darkest moments in human history, and the book itself has a tendency to belong to that part of history. But it isn’t as dark as that—this book is one of the bright spots in an era of horror. The reason to continue reading it, once you’ve picked it up, isn’t to remember the Holocaust or the death of a child. The reason to continue reading it is to witness the unabridged beauty of a young girl’s voice.

The time I have put in to reading these books and writing these posts can feel unnecessary at times. Some of the books I’ve trudged through have felt like a bit of a waste. But The Diary of Anne Frank is one of those that restored me—I read it once in seventh grade, and it left very little impact at the time, so I’ve been willing to chalk it up as nothing more than an important piece of history. But reading it again helped me realize what I missed, and how important was. I’m happy I read it, and I’m happier I read it a second time.

Next up, I’m jumping backwards to read Gulliver’s Travels by Jonathan Swift. I’ve always liked the story for exactly what it is, even if it was never that special to me, but its effects can be seen everywhere in our society today. I’m excited about diving into it again.