Most of the novels on the list require a bit of work—especially the older ones. This 50-books library is the kind of selection that focuses on the great works, not the most entertaining ones. There’s entertainment in novels like Pride and Prejudice or Hamlet, but that’s not why you need to read them before you die—you need to read them because they do what no other piece of entertainment did before, and significantly changed what literature was and could be. In almost every book on the list, entertainment may be there, but it’s always secondary. 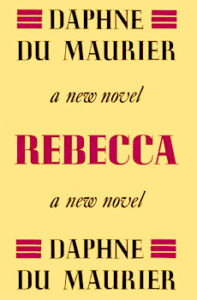 Rebecca is one of the exceptions to this trend—it seems to be entertainment first. It delights in its own extravagant writing and startling twists, and the story is melodramatic and absorbing. It’s not a happy story—it’s more like a nightmare, honestly—but it exists somewhere between a classy horror movie and a turbulent romance. It’s not great art—but it’s not simple, either. It plays with its plot for dramatic effect and was more engrossing than I could have predicted. Rebecca belongs on the list because of the simplest reason of all: it’s exciting and suspenseful, and it made its mark on literature and popular culture of the time.

With most of the novels from the list, I don’t worry much about spoilers—I couldn’t really “spoil” The Divine Comedy, if you know what I mean—but I have to be very careful about Rebecca. This is the story of a newly married woman, who is beginning a new life with her husband. One thing I appreciated early on: this woman goes unnamed for the entire novel. I can barely imagine how difficult that might have been for the author—her protagonist is referred to ambiguously for the opening chapters and, after marrying, is referred to by last name only: Mrs. de Winter. We never learn her first name or her maiden name, and all we know of her identity is in character traits, not details. She is a complete character, but one without identity.

Actors Laurence Olivier and Joan Fontaine as Mr. and Mrs. de Winter in the movie adaptation of Rebecca (1940), directed by Alfred Hitchcock

This nameless woman marries a widower, Maxim de Winter, whose first wife is the eponymous Rebecca. Rebecca died before the narrator met Maxim, and Rebecca is some hideous unspoken secret in their new marriage. Nonetheless, they attempt to live happily in de Winter’s estate of Manderley, a large and beautiful house that is as much a character as the narrator—it’s given personality and even agency in what happens to the characters living there. The servants and guests at Manderley all seem to know something about Rebecca that they want to keep from the narrator, and because of that, Rebecca herself seems to haunt Manderley. She is around every corner, threatening to ruin the narrator’s marriage and life.

More than once, I wondered if this was a supernatural thriller—a literal haunting, with Rebecca’s spirit poisoning the house. While the narrator never sees the ghost of Rebecca walking down the halls, that seems to be the only difference between the haunting in Rebecca and something like Marley’s ghost in A Christmas Carol. This story is the closest you can get to the supernatural while still existing in the real world. 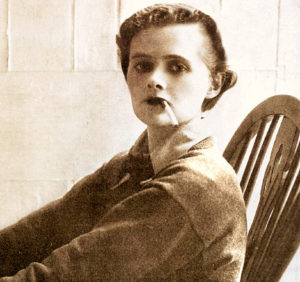 And even though it’s not quite fantasy, either, it’s got a healthy dose of the unrealistic. Everything is hyper-characterized and played for drama or suspense, not to the point that it’s unnecessary, but entertaining for certain. It uses melodrama like it uses hints of the supernatural—instead of getting in the way of the story, they make the story fuller.

The author, Daphne du Maurier, seems to have gone to the Stephen King school of storytelling (or, rather, King went to the du Maurier school of storytelling). King believes that story matters above all. The best stories aren’t about character pieces or technical brilliance, but about telling the best story you can. Rebecca is the perfect example of an author telling the best story she can, and it’s such a good story that it earned its way onto the list of 50 books to read before you die.

Next up, I’m finishing Catch-22, which does exactly what Rebecca doesn’t—and to fantastic result. Catch-22 is almost an anti-story, with plot that folds in on itself and character-driven vignettes that refuse to bear a story. And yet, it’s every bit as thrilling as Rebecca, and infinitely funnier. Though I certainly loved Rebecca, Catch-22 is more my speed—but let’s drive down that route next time.

“‘Sometimes, when I walk along the corridor here, I fancy I hear [Rebecca] just behind me. That quick, light footstep. I could not mistake it anywhere. And in the minstrels’ gallery above the hall. I’ve seen her leaning there, in the evenings in the old days, looking down at the hall below and calling to the dogs. I can fancy her there now from time to time. It’s almost as though I catch the sound of her dress sweeping the stairs as she comes down to dinner. . . . Do you think she can see us, talking to one another now? . . . Do you think the dead come back and watch the living?’”

—from Rebecca by Daphne du Maurier

“Unconsciously I shivered, as though someone had opened the door behind me, and let a draught into the room. I was sitting in Rebecca’s chair, I was leaning against Rebecca’s cushion, and the dog had come to me and laid his head upon my knee because that had been his custom, and he remembered, in the past, she had given sugar to him there.”

—from Rebecca by Daphne du Maurier

“‘Are there ghosts, Piggy? Or beasts?’

‘But s’pose they don’t make sense? Not here, on this island? Supposing things are watching us and waiting?'”

—from Lord of the Flies by William Golding