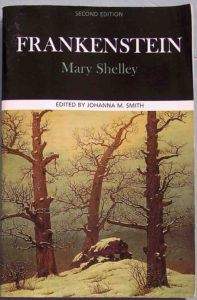 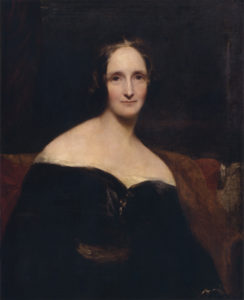 “Accursed creator! Why did you form a monster so hideous that even you turned from me in disgust? God, in pity, made man beautiful and alluring, after his own image; but my form is a filthy type of yours, more horrid even from the very resemblance. Satan had his companions, fellow devils, to admire and encourage him, but I am solitary and abhorred.”

“At such times, under an abated sun; afloat all day upon smooth, slow heaving swells; seated in his boat, light as a birch canoe; and so sociably mixing with the soft waves themselves, that like hearthstone cats they purr against the gunwale; these are the times of dreamy quietude, when beholding the tranquil beauty and brilliancy of the ocean’s skin, one forgets the tiger heart that pants beneath it; and would not willingly remember, that this velvet paw but conceals a remorseless fang.”

—from Moby-Dick by Herman Melville

“All that most maddens and torments; all that stirs up the lees of things; all truth with malice in it; all that cracks the sinews and cakes the brain; all the subtle demonisms of life and thought; all evil, to crazy Ahab, were visibly personified, and made practically assailable in Moby Dick. He piled upon the whale’s white hump the sum of all the general rage and hate felt by his whole race from Adam down; and then, as if his chest had been a mortar, he burst his hot heart’s shell upon it.”

—from Moby-Dick by Herman Melville 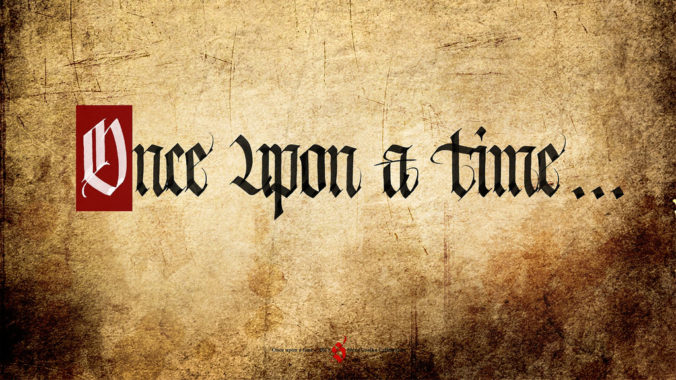 I recently read an article claiming that all stories are the same. Details differ, but the “skeletons” are all based on the same structure. The monsters in a story can take many shapes, like Grendel in Beowulf, the land owners in The Grapes of Wrath, and infidelity in Ulysses, but they’re all monsters. The quest is always about finding something—treasure, peace, home, the damsel in distress, etc. Characters have arcs, plots have acts, and Hollywood has McGuffins.

I see this as a challenge. There isn’t much in this world that’s so subtly threatening as categorizing things. Someone created each of those stories, and if you told them their story was exactly like everyone else’s, you might not get out of there alive. So before we chalk this up as fact, let’s analyze it a bit. 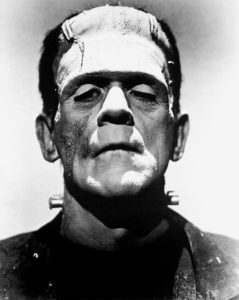 Frankenstein’s Monster, a classic example of the monster archetype.

If all stories are the same, then all plots and characters are based on already-established archetypes. When we talk about a monster or a villain, certain requirements of the archetype come to mind, and an author can adhere to, deny, or parody those requirements with their own creation. The overcoming-the-monster plot is an archetype as well, and certain requirements of that plot are already in place. When we see a hero fighting a monster, we understand the labels of “hero” and “monster” from other stories, and we understand the trajectory of the story from similar stories.

The claim that all stories are the same—like most generalizations—is trapped in labels…and labels are always evolving. The heroes and monsters of Ancient Greece and the Renaissance may not be the same as monsters of today, but we can “translate” the monsters of the past into monsters that we recognize. A character who is imposing, mean-spirited, and violent is a monster, whether it’s a giant one-eyed Cyclops or an angry business-owner. A monster can even be a friendly teenage boy or a devoted parent, as long as the archetype is still upheld—“translated” accurately.

These archetypes are great at doing one of two things: A) helping readers and viewers “figure out” the story by making it familiar, or B) binding the plot and characters unnecessarily, and forcing it to pull its punches rather than tell a good story.

I read another article that clarifies that there are seven types of stories—seven plot archetypes that all stories adhere to. See the article here for a more in-depth look.

Even the stories that refute or deny these basic plots are still reflections of them (each one “translated” from the original blueprint). It seems that all stories spring from somewhere else.

The first article I mentioned argues that reducing stories to a formula is like “unweaving the rainbow.” To limit all stories by these boundaries removes the magic of storytelling. I’m not sure I agree though…there is something remarkable about the fact that all stories are connected, as if it’s all one big story. Writers are building on the stories of the past toward stories of the future, and everyone adds a piece.

To quote Walt Whitman, “That the powerful play goes on, and you may contribute a verse.” And to quote Robin Williams, “What will your verse be?” 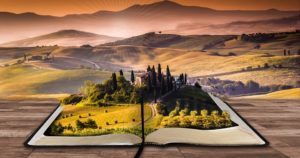 A professor once told me that there are two ways to start a story—either a stranger comes to town, or someone decides to leave. Whatever happens from there changes everything. Somehow, that simple prompt is both challenging and comforting.

Your homework: I want to see if you have a story that won’t fit in the basic plots listed above. Prove these high brow literature professors wrong (not me, of course—all the other snooty ones). Leave it in the comment section. Don’t feel bad if you can’t find one, though. Yes, those are fighting words.

You can look forward to my post on A Christmas Carol next Wednesday. Thanks for coming to class!