We’re at the end, class!

I’m not dying, or anything. But I promised myself at the beginning of this that I wouldn’t push this blog too far. I wouldn’t let it be one of those blogs that posted a lot at once, tapered off into a few posts a year, and died out from age or boredom. (If anyone thinks to look back at the posting dates of each one of my posts, you’ll notice a remarkable consistency.)

Which means there’s a finale to this saga. I read and reviewed the 50 Books to Read Before You Die, according to a bookmark. Just a few final remarks, and that’s all, folks.

I liked most of them. I loved many of them. There were a few I couldn’t stand, and I’m getting rid of those (to leave room on my bookshelf for better books). They all left an impression . . . they all gave me something to think about, something to chew on. Reading each one gave me a world to explore or a new perspective to consider. That’s what books are for.

Several of them gave me clues about how to be a better writer. This list is full to the brim of storytelling techniques, fascinating characters, and hilarious puns. I think all the great storytellers and artists copy from the greats, and this list featured some of the greatest stories of all time—so I’ve got a storytelling repertoire that will continue to inspire before I expire.

I keep coming back to why I chose to do this, and there’s one very obvious answer. I’d just graduated college. I loved college, and more importantly, I loved going to class. I love reading books and then talking about them. We just read this amazing chapter in this book I love, I can’t miss class! The professor’s going to break it apart, show me the little pieces that I missed—then I’ll love it even more!! That’s me. So what’s a man to do after graduation, when there are no more classes, no more professors, no more books and discussions? He starts a blog, of course.

I did this because I’d done nothing but read the assigned reading for the past four years. I wanted to dare myself into reading “literature” on my own. This was my way of making a real life class for myself, a series of self-assigned readings that any professor of a grade-A-geek would be proud of. And I did it for myself—not to show off my limited knowledge to people that know me, but to make myself better as a reader, writer, and storyteller, through the magic of the internet.

But I don’t stoop to think that this almost-three-year task made me a better person. I didn’t expect it would, because a better reader/writer/storyteller is not a better person. (If that sounds like too obvious a statement, I can assure you, that’s something I had to learn, and it’s something several fully grown adults still don’t know.)

It’s like the difference between living and reading about living. Some writers will tell you that the story is all that matters, but that only applies to stories, not to life. Stories serve many purposes—relief, connection, understanding, entertainment, discovery, motivation—but the one thing a story can’t do is replace living. Stories are reflections of life, and so is everything from history to art, from the greatest movie ever to a good joke. The reflections take us where we cannot go, far and wide around the Earth, back in time and forward to the future, and life still waits for us when we return.

No, this didn’t make me a better person. I learned a lot, though. If I use all I learned to not only tell better stories, but live a better life, then I’ll become a better person, I hope. That’s why the blogging is done, at least for now—I’m done with this chapter of my life-book, and if I stick around for too long, I might not get to the rest.

So keep reading. Then go live with what you learned.

Off-Topic: What is “Literature,” Exactly?

Today’s lecture might be profoundly interesting or dangerously boring; it depends on the level of pleasure you take in defining things.  I know that some of you couldn’t care less. I can see it in your eyes.

But for those of you staring unblinkingly, waiting with bated breath…have I got a treat for you!  You’re what the “academics” call “academics.”  Understanding theory and theoretical ideas actually interests you, and bonus points are in order if you like learning things that have no practical value in the working world whatsoever.  You’re my kind of people. 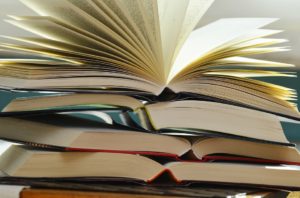 A lot of my time in literature courses at college was spent asking the probing question, “What is literature?”  (We’ll get to WHY that’s an important question in a bit.) It seems like a simple enough question, but it always invokes a huge discussion that usually boils down to this: literature is art that uses words and language. It’s also described as a category of art—literature is always art but art is not always literature.

Some define it by examples: obvious ones like novels, plays, and poems, as well as more obscure examples like movies, blog posts (!), and essays. Even the most clinical or scientific documents can be told artfully, and can therefore be considered literature.  I know of a woman who wrote her dissertation claiming that kitchen recipes were a form of literature. 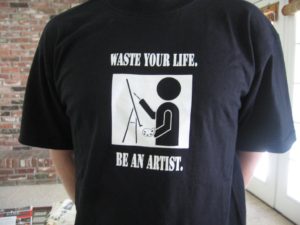 This leads me to one of my favorite claims: ANYTHING that uses words or text is literature.  A letter, an e-mail, a paycheck, a coffee mug, a T-shirt, a company logo, a video game, a poster, a political speech, a prescription label…all of it, literature!  So next time you have a surprise essay to write, and you’re stumped, argue that your T-shirt is a poem (at your own peril).

However, it’s worth mentioning that we don’t read tax reports like we read Shakespeare.  We don’t read stop signs like we read poetry, and we don’t read magic 8 balls like we read Harry Potter.  Something in our collective social standards distinguishes between high art and instruction manuals.  Some metaphorical blurry line exists out there between literature and other word-piles.

But let’s bring it back down to something resembling sanity.  Why do we read?  Usually, to learn something.  When we read Shakespeare, we want to learn about the characters he’s created and the philosophy he’s trying to sell.  When we read a letter or e-mail, it’s to keep up correspondence and to understand their goal or message in sending their note.  When we read a magic 8 ball, we want a prediction, whether we believe it or not.

We read for the same reason we act at all—we want something.  We break the law of inertia and move against the stillness of the world because we, as human beings, have desires.  Maybe if a piece of art or text gives us something we desire, it “counts” as literature.

At this point, it might be easier to discuss literary characteristics than to try defining it head-on.  We can consider the books I’ve read for this class literature: Alice’s Adventures in Wonderland, the Harry Potter series, The Lord of the Rings, The Picture of Dorian Gray, and currently, 1984.  Everything you learned in High School English is there—characters, plot, themes, setting, dialogue, and various other indications of literature.  Each one gives us something to take away and use…some kind of message or lasting idea, whether we want it or not.  Does that make each of these novels literature?  If a painting or sculpture can accomplish the same feat, is it literature as well? 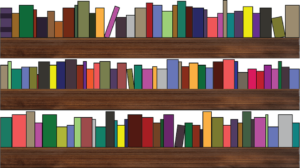 I’ve tortured you enough.  There is no definite answer to this question, and asking it is more academic “fun” than it is accomplishing ANYTHING. And yet, my follow-up question still stands: why is a question like this important? Don’t worry, it’s a much easier question to answer.

Defining literature is a lot like defining art or music.  As soon as you start drawing lines in the sand between music and not-music, anyone can come along and claim otherwise. Example: random drum banging, screeching guitars, and uncensored swearing is as much music as Beethoven.  Music and literature are art, and though their actual definitions are reliable, they are subject to change. 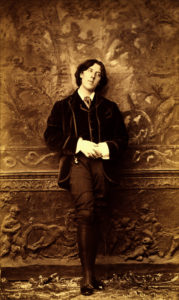 I’ve quoted Oscar Wilde in an earlier post, from his preface to The Picture of Dorian Gray; he claims that the only purpose for something useless is that it is admired, and that “All art is quite useless.”  This isn’t bad PR for artists; it’s Wilde’s way of saying that art is supposed to affect the soul, and it has no other practical purpose.

So asking ourselves how to define something like literature is our way of defining what serves our soul, and that’s worth keeping an eye out for.  Traditionally, the kind of literature that affects us most is poetry, but we’ve been open to suggestions for the past couple thousand years.  The once low art form of film has risen to new heights in the realm of literature, and in a hundred years, stop signs and tax reports may surprise us.

Your homework: fight me.  Take something above that you disagree with and challenge my views.  Don’t be afraid to comment: you’re a human being with opinions, and it gets lonely around here otherwise.  How might you define literature differently? What’s something you consider literature that most others don’t?

(No one turned in homework for last week. I’m very disappointed, students.  I know professors who kick out their entire classes when such mutiny occurs. You are very fortunate to have a caring and merciful teacher like me.  In any case, the option for commenting is still open, for this post and the previous one.)

I’m continuing 1984, so expect a rousing political lecture next Wednesday!  Have a good week!